There's no garment quite like the leather jacket. Top Gun. Indiana Jones. Shaft. The Terminator. There’s a reason why Hollywood dressed their protagonists in these timeless American pieces. Steeped in American history and global fashion and culture, they are the ultimate in style, character and craftsmanship. Leather jackets are an essential part of any man's wardrobe.

Leather has been worn by human civilizations for centuries. It’s warm, comfortable and extremely resilient. Leather’s flexible enough to give when needed while retaining its form, and strong enough to withstand the elements with minimal maintenance. It’s fashionable yet functional, a perfect choice for day-to-day wear.

A leather jacket staple is an essential component to any lean wardrobe. They are unique in that unlike most garments, they can add edge and character to your look without clashing with other pieces. You can throw them on top of just about anything and get away with it. It’s an easy,  automatic level-up to your look.

Wearing a leather jacket you can feel proud to wear a garment full of rich history, culture and meaning. From the first military flight jackets of World War II, to bombers popularized by rebellious youth subcultures in Europe, to motorcycle and biker jackets worn by motorcycle gangs and punk musicians alike, leather jackets are perhaps some of the most iconic American contributions to fashion.

While leather jackets have evolved into many types and hybrids, there are a few original, timeless cuts that started it all. 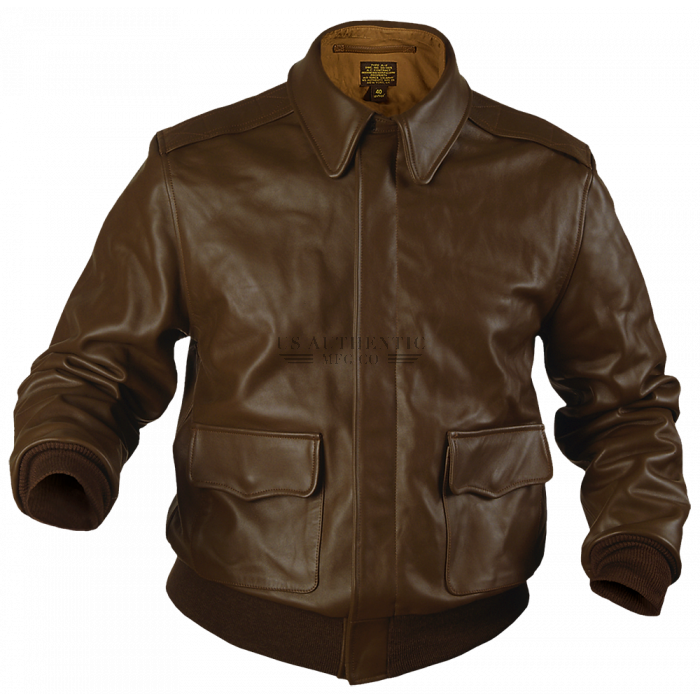 For an authentic A-2 made just like the U.S. military made during WWII, consider The A-2 Leather Flight Jacket from FlightJacket.com

The first leather jackets were commissioned by the U.S. military for air force pilots in World War I and World War II. The rigors of air combat required a trim garment that would be functional yet warm enough for high altitude flying. The U.S. Army opted for the A-2 jacket, originally made in horsehide for its thickness and durability. The U.S. Navy opted for the G-1 jacket, originally made in goatskin and topped with a warm mouton fur collar. Hollywood popularized these silhouettes in the 1980s with the movie Top Gun, where a suave Tom Cruise wore a G-1 leather jacket adorned in squadron patches.

For an authentic G-1, consider The G-1 Leather Flight Jacket from FlightJacket.com.

For a leather MA-1 bomber with a streamlined, modern design, consider The Bomber from ASHR.

While the terms “bomber jacket” and “bomber” is sometimes used loosely to describe all flight jackets, it is most correctly used today to describe a specific silhouette: The American military MA-1 Flight Jacket. This jacket was developed in the 1950s for jet aircraft, and the military opted for nylon instead of leather. Alpha Industries won the contract to manufacture this jacket for the military in the 1950s, but still manufactures it today.

This iconic silhouette, known for its knit rib cuffs, collar and waistband, functional sleeve pocket, zipper flap and relaxed fit, was embraced by European youth subcultures through the 70s, 80s and 90s, becoming a symbol of youth and rebellion among punks and skinheads. Clothing designers reimagined this timeless look to create the bombers that dominate fashion today.

While originally a nylon jacket, some clothing designers have reimagined the MA-1 in leather for a striking look that pays homage to leather military flight jackets of the past. The Motorcycle or Biker jacket is an iconic American silhouette known for its hardware laden asymmetrical look. Unlike other jackets where the zipper runs down the center of the front, this jacket’s zipper runs off-centered, originally intended to allow bikers to lean forward while riding, unobstructed. Shoulder epaulets, a belt with belt loops, thick silver hardware, a small lower pocket and durable horsehide leather is the most classic rendition of this jacket, as established by American manufacturer Schott in the 1920s and 30s.


Although originally intended for bikers, Hollywood popularized the jacket and it became a staple of punk music culture. Fashion designers evolved this classic look further, substituting horsehide for cowhide and lighter lambskin, a slimmer fit, additional zippers, inventive sewn patterns, and removing the belt for a more streamlined look.